Where Are The Tapping Points? 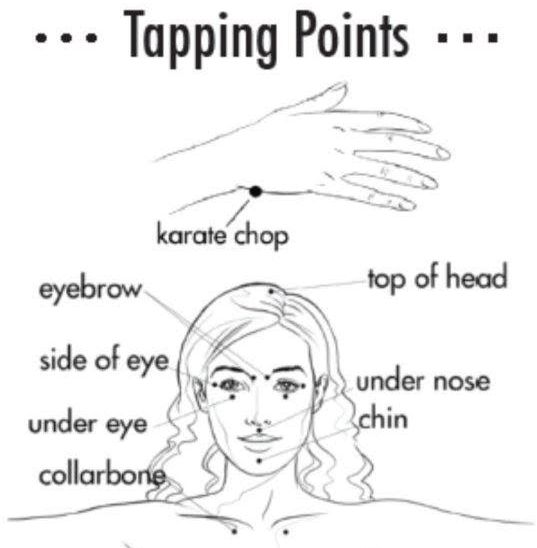 Hi everybody this is Kate from KayBayly.Com. Today we’re going on the run through the tapping points. I want to show you exactly where they are and explain a little bit about them.

Ok so we start here on the outside of their hand thanks to a little pinky finger on the nice little fat bit here and this is called a “karate chop point” because obviously it’s where we do karate.

We can tap with two or three fingers and we tap on those spots and we say is set up statement. So this is explaining what we’re feeling and we start with, “Even though I’m feeling..” and explain you’re feeling angry said hurt and explain a bit more about it, but you know they’re really annoyed me, “I’m sorry I
upset” and then we accept it. 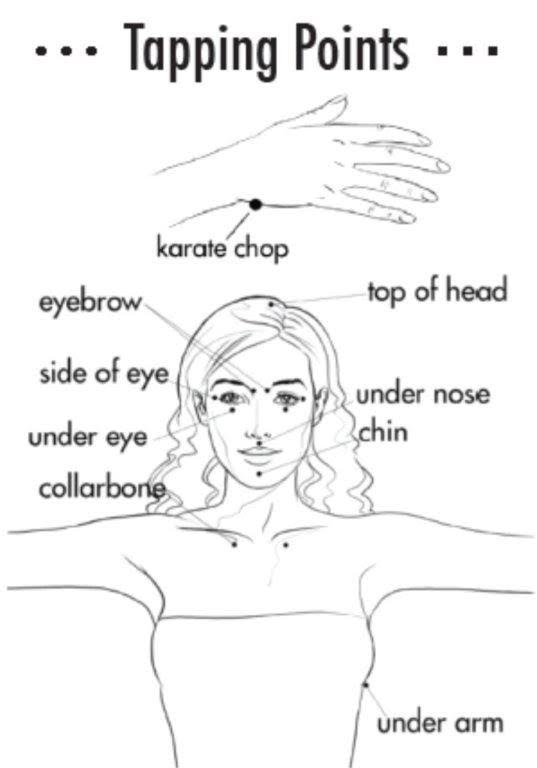 Ok so that’s a karate chop point. We say that three times within going to move to here between the nose and the eyebrow. So again with two fingers and we took just gently so we’re actually tapping on his skin but not too hard and we’ll just do a summary, “I’m mad I’m upset” then we do beside the I here.

So you feel was the bone and then just a little bit to the side of that there’s a little bit of a deep. So again we tap on that site, “I’m angry I’m sad..” under the eye on the boat and under just really the pupil would be again with two fingers. Not too hard and just say a simple statement.

“I’m sad” under the nose here so just in the dupe your lip there again. “I’m angry” on the chin. So here with it where the do peace so not on the chin but in the dip.

We call it a chin spot and its really want just under the loop there and then we come here so we go down for my
collarbone and in to about there.

So about about 5 centimeters each way and if you feel around there it might even feel a little bit sore and in some books you might even hear about it referred to as the sore spot and we’re tapping on that spot.

So you rub it, tap again two or three fingers saying how you feeling.

The next spot is here so under the armpit and about where the bra goes and again if you feel around you might find a sore spot and tapping under there and a very last spot is right on the top of their head.

Signing out now. Have a happy tapping!